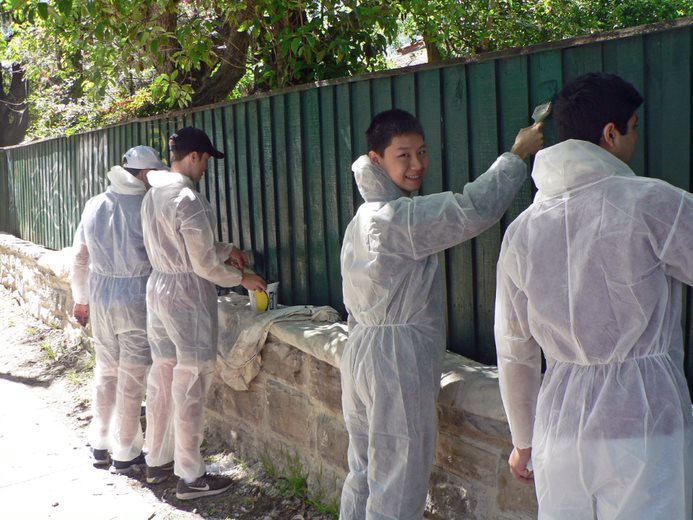 If you are interested in forming your own graffiti removal squad, please watch the video below.

After verbal confirmation from potential new member (PNM) that he/she wants to join our club:

Signature projects include the Qantas Jumbo Joy Flight for disabled and disadvantaged children, the Turramurra Youth Centre (working with Ku-ring-gai Council), the Anti-graffiti programme and more recently, the Bobbin Head Cycle Classic.  The refurbishment of Cameron Park as an adventure playground for little children was well received locally.

Youth programmes have been an important feature for the Club.  Every year the club hosts an international exchange student and sponsors an Australian student on an overseas exchange. The student is hosted by Rotary and other families and attends Turramurra High School.  Other programmes supporting Youth include: Rotary Youth Leadership Award, a leadership week for young people with leadership potential; Rotary Youth Programme of Enrichment, a leadership program for year 10 students; National Youth Science Forum, a 12 day Science Course held in Canberra for budding scientists and Model United Nations Assembly, giving students the opportunity to understand the working of the United Nations

International projects have been strength of the Club.  The Children's Orphanage in Banda Aceh, Indonesia built after the Boxing Day tsunami in 2004, for which the Club raised over $1.4 million, the Children's Hospital in Bo, Sierra Leone and the Hamamas Meri project in Manus, Papua New Guinea are an indication of the breadth of our challenges.

The Club was one of the first Rotary Clubs to admit women as members, and elected its first female President (Pam Pritchard) in 1997.  Pam later went on to become the District's first female Governor in 2006/07.  The Club's Charter President, Bob Burnett, was District Governor in 1978/79.

The Club has won the District Governor's Shield for the best club on 5 occasions, most recently in 2018/19.